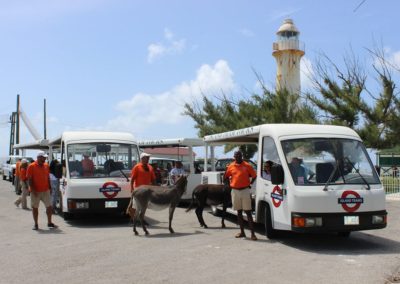 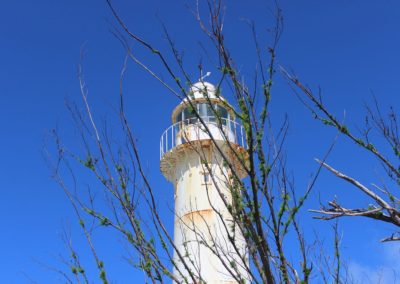 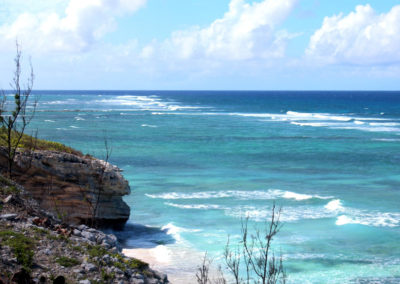 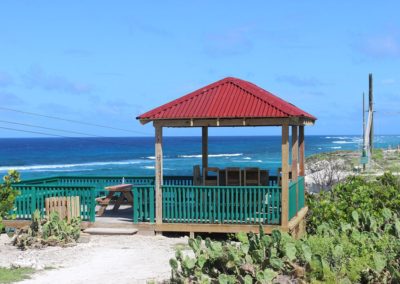 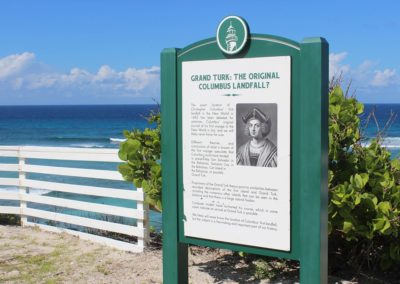 Before the lighthouse was erected, ship captains calling on Grand Turk would have to navigate the treacherous reefs extending miles out beyond the coast. It is estimated that over 1,000 shipwrecks lie on the reefs. A brisk wracking industry followed where local seamen would row out to rescue passengers while claiming goods salvaged from the wrecked ship. Anything of value would be sold or used to their benefit. By the mid-eighteen fifties, steady trade was established and demand for the lighthouse was granted.

In 1948 the United States established a Navy base adjacent to the lighthouse. Currently, home to the Turks & Caicos Islands Community College, the base was a top-secret listening station tuned in to the task of identifying passing enemy ships and submarines.

Explore the lighthouse grounds during our 15-minute tram stop. Friendly donkeys usually greet trams and the elevated sea views are amazing. There is a nominal $3-dollar entry fee, but you can redeem it towards items purchased at the gift shop.

Tourist bar located at the lighthouse, overlooking the cliffs

The Turks & Caicos Community College is located at the site of the old US Navy base. The Navy base was established in 1949, served as a listening station for German U boats, submarines, passing through the deep water, Turks Island Passage.