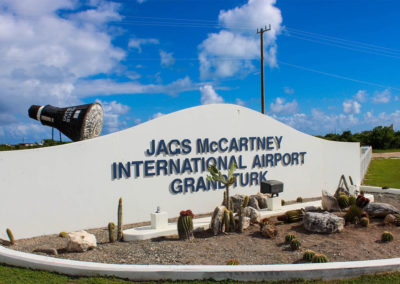 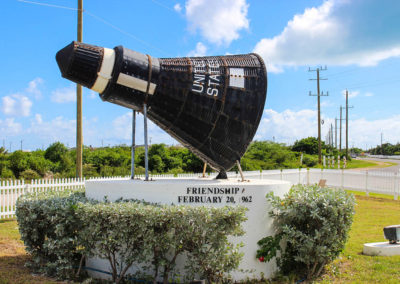 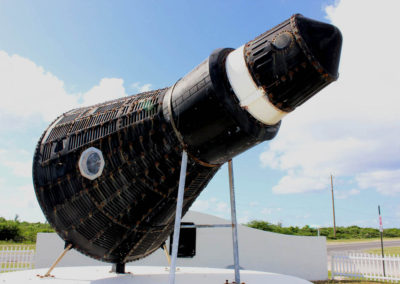 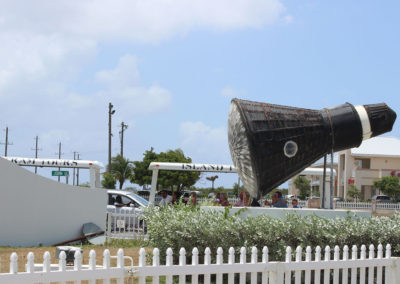 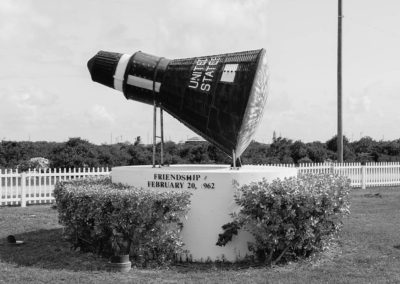 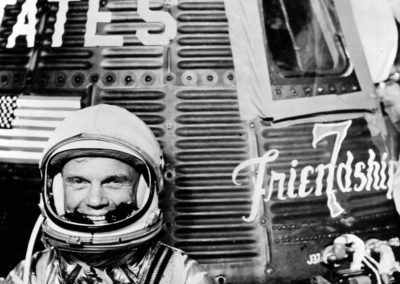 February 20, 1962, the Friendship 7 space capsule, with Astronaut John Glenn aboard, splashed down off the coast of Grand Turk. An exact replica is on display outside the JAGS McCartney International Airport. Our guides make a brief stop to explain the historical significance of this milestone in space exploration.

US Astronaut, John Glenn made his historic splashdown in the Friendship VII space capsule off of Grand Turk on February 2, 1962. Retrieved from the ocean aboard the USS Noa, John Glenn’s first footstep on dry land took place on Grand Turk. Then-President, Lyndon Johnson met John Glenn at his debriefing on Grand Turk and returned back to the United States on Air Force one the following day.

In 1948 the United States established two military bases on Grand Turk and one on South Caicos, 22 miles across the deep Turks Island Passage.

The US Air Force constructed a 7600’ paved runway and airport, several microwave and telemetry masts, staff barracks, a mess hall, and a mission control station to track the missiles being launched towards the exploration of space.

The USAF Missile Tracking Station was decommissioned in 1983 and the US Navy Base NAVFAC 104 Base decommissioned one year later. Both bases have been repurposed with the Navy base being retrofitted to accommodate the TCI Community College and the Air Force Base reused for government offices.

In 2017 the Air Force Base was substantially damaged by two strong hurricanes and most of the damaged buildings are slated for demolition.

Trams pass through the old USAF Missile Tracking Station to and from the Cruise Center and your guide will provide additional information during your tour.

Located inside the airport, the Cockpit Lounge offers good local food, drinks and is open for breakfast and lunch.