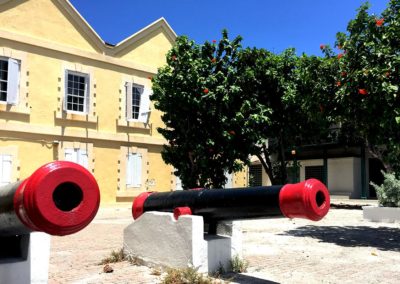 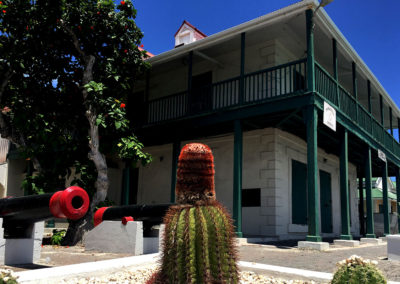 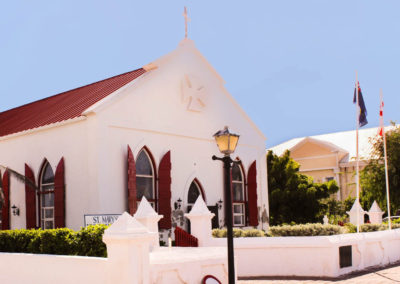 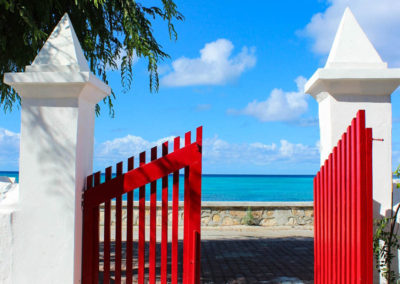 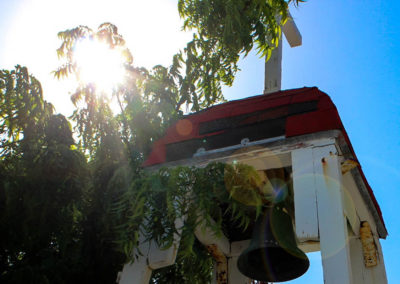 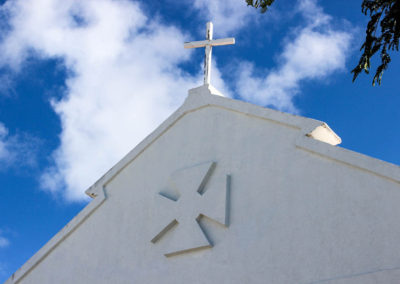 Cockburn Town is the Capitol of the Turks & Caicos Islands. This centuries-old seaside town features distinctly Bermudian and colonial-style architecture with historic homes, churches, inns, and lodges, built from the prosperity of sea salt.

Natural salt ponds lie at the center of the island providing an abundant source of this essential mineral. Salt was collected and traded on Grand Turk from the time of its indigenous inhabitants, the Taino people. Archeological discovery throughout the Turks & Caicos Island has revealed ancient settlements and ceremonial sites including a complete ball court and cave art. Following the arrival of European conquest by Christopher Columbus the islands and its people were depopulated for nearly a century, with exception of several well-known pirates, who established bases in the islands to raid passing ships.

Bermudian merchants began visiting Grand Turk seasonally to collect salt and by the late 1600s had begun engineering the natural salt ponds into a system of canals, sluice gates, windmills, and processing ponds. Sea salt was regularly traded to supply the cod fisheries mainly in the emerging US colonies. Permanent settlement on Grand Turk was established in 1664, but the colony really began to prosper in the mid-1800s after the town was named in honor of Sir Francis Cockburn, Commander and Chief of the Bahamas and Turks & Caicos Islands.  During his tenure, slavery was abolished and productivity increased until the commercial demise of the sea salt industry in the late 1960s.

Built in 1897, This seaside cathedral is one of two Anglican churches on Grand Turk. St. Mary’s Church is always open to the public, welcomes worshipers of all faiths.

H.M. Old Prison was built in 1820 and served as the only prison in the Turks & Caicos Islands until the construction of the new prison in 1998. This fascinating slice of history still houses the old cell blocks, warden’s residence, masonry walls, and bell tower.

Victoria Public Library was built in 1897 to commemorate Queen Victoria’s golden jubilee. Like many of the old cut stone buildings on Grand Turk, it was practically destroyed by fire during hurricane’s Irma and Maria in 2017. Efforts are underway to completely restore the library to its original condition.

The Old Salt Wharf was the main port of entry on Grand Turk for centuries. Sea salt from the numerous salt ponds was processed, bagged, and transported by salt lighters to the waiting ships at the roadstead. The Turks & Caicos Tourist board office is currently housed here.

One of many lodges and secret societies on Grand Turk, the Oddfellows Lodge is one of the oldest buildings on Front Street. From the balcony of this building in 1823, the emancipation proclamation was read abolishing slavery in the islands.

The Freemasons have been a part of Grand Turk society since 1853. The Grand Freemasons Lodge is situated next to the Seventh Day Adventist church on Front Street.

The Museum houses the western hemisphere’s oldest known European shipwreck. Believed to be the Pinta of Christopher Columbus original fleet, original timber, cannon, and other artifacts are on display, along with rotating exhibits of original Tiano art, objects as well as the original Fresnel lens from Grand Turk’s historic lighthouse. A small entry fee of $5.00 helps maintain the facility, the Museum is a worthwhile place to pay a visit. Trams stop for 30 minutes here.